When play came to the forest streets 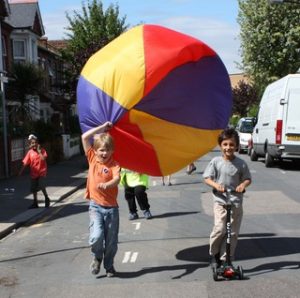 Part of a series looking at the rise of play streets in London, borough by borough. London Play began working in Waltham Forest in 2008 and, seven years on, the borough’s streets are literally becoming transformed with play. Around a dozen play streets are up and running and the council is fielding a steady stream of applications from residents who are keen to launch new ones.

It is the only borough in London to date to have installed permanent play street signage, literally a sign of the council’s commitment – so no doubt the next seven years will bring many more.

This timeline charts London Play’s involvement in the Forest, working alongside residents and the council to inspire, stimulate and support change.

When play came to the Forest's streets

Title of the attachment