Children today have two years less freedom than their parents

The British Children’s Play Survey finds most children turn 11 before they can play outside unsupervised. 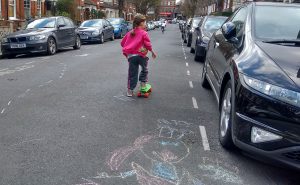 Primary-age children in Britain are losing the freedom to play independently and typically are not are allowed to play outside on their own until two years older than their parents’ generation were, according to research.

While their parents were allowed to play outside unsupervised by the age of nine on average, today’s children are 11 by the time they reach the same milestone, according to the study, which says not enough adventurous play could affect children’s long-term physical and mental health.

One expert said the findings showed that British children had been subject to “a gradual, creeping lockdown over at least a generation”.

Researchers asked more than 1,900 parents of five-to-11-year-olds about their children’s play for the British Children’s Play Survey, the largest study of its kind. They found that children averaged three hours of play a day over the course of a year, around half of which took place outside.

For more on this story visit The Guardian website.