Children’s freedom to roam – to independently go to the shops, the park or walk to school has been steadily shrinking over the last three generations. This pilot project aimed to reverse this.

This six month pilot project focused on the Palmers Green neighbourhood in the London Borough of Enfield. The aim is that it will become a place where children are welcomed by the community and can independently enjoy everything the area has to offer.

We worked with play street organisers, shop keepers, local schools, cafe owners, bus drivers, street scene workers, community policing teams, postal workers and others in the community, to raise awareness and understanding of the importance of independence in child development and how they could support it. They were encouraged to make small changes to the way they work, like taking time out to talk to the children they see during their daily routines – and handing out stickers to children that they see playing well and independently.

The project included running play sessions with volunteers, walking buses to parks and play events. A series of ‘Safe Points’ were established around the neighbourhood including at the community café in the park, the corner shop or the train station – allowing children to play freely in the knowledge that they can find a trustworthy adult if they encounter a problem. A ‘peer buddies’ system established networks of children who could play together.

We hope that Palmers Green will be the first of many Play Quarters to be established across London and ultimately beyond it. A second pilot was established in Waltham Forest and the model has great potential for expansion. 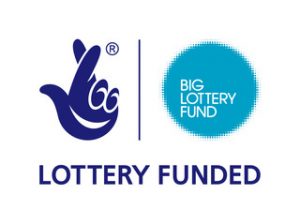 February 2012: Following on from last summer's community engagement day at Beam Washlands where London Play introduced plans for a natural playscape to the local community, the first equipment has now been installed and is now well established as part of the landscape.
Read More
Access to nature

September 2012: Play features provided by London Play as part of its Access to Nature project were given a thorough testing during the public event launching the £5m transformation of Haringey's Lordship Recreation Ground. Around 8,000 residents attended a community festival held on Saturday 22 September to mark the park's rebirth - and the refurbished
Read More